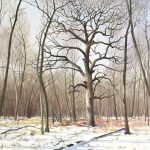 Dates to be later determined   Earth and Sky: Celebrating the Local Landscape Paintings by Joel Sheesley Fermilab’s Environmental Management System features the important concept of “Ecosystem Services.”  These are aspects of the environment that offer value to human beings, free of charge.  Ecosystem Services include the supporting, provisioning, regulating, and cultural benefits of the... END_OF_DOCUMENT_TOKEN_TO_BE_REPLACED

a global project for the virtual Fermilab Family Open House 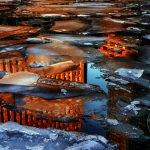 Virtually on Display January 11, 2021 - March 31, 2021 Virtual Gallery Talk - Imagining Reality – a photographic journey on January 12, 2021 7:30 CT Recorded presentation coming soon River Ice  As a Fermilab scientist we are trained to observe things, imagine how they work, and then create a theory, an experiment, or new... END_OF_DOCUMENT_TOKEN_TO_BE_REPLACED 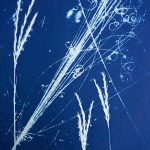 Be a part of pARTicles

Community Project for the Fermilab Virtual Family Open House Feb. 10-14, 2021 The online gallery is open.  No matter your age, your creativity may be displayed in the Fermilab Virtual Art Gallery! We welcome you to take part in Fermilab’s online exhibition exploring particles. Fermilab’s main focus is neutrinos; these tiny particles surround us, go... END_OF_DOCUMENT_TOKEN_TO_BE_REPLACED 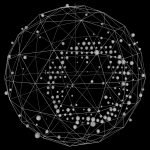 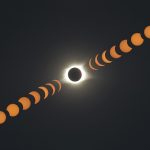 Imaging the Cosmos by Eric Coles and Martin Murphy 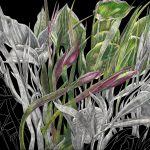 Virtual exhibition September 16, 2020 through November 5, 2020 UNEXPECTED Spontaneous creations lead to unexpected results. While Lisa Goesling and Deanna Krueger use different materials, they both approach their art with a sense of wonder. What evolves is an energy that is not only seen but also felt. Drawing with an X-ACTO knife, Lisa develops... END_OF_DOCUMENT_TOKEN_TO_BE_REPLACED 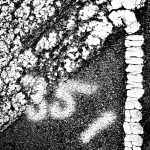 Virtually on display November 10, 2020 through January 7, 2021   Conversion is a key element of what these works represent. The series is also about seeing, not seeing, visibility and invisibility, communication, language, code, the ability to disregard in a sea of intent to regard everything. Also about remembrance, balance and beauty.   At... END_OF_DOCUMENT_TOKEN_TO_BE_REPLACED 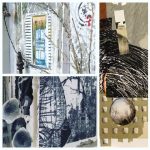 Studio Conversations is a collaborative exhibit of mixed media works by Mary Bookwalter, Janice Meister and Carol Weber.  Knowing that artists work in the vacuum of their own studios, these three artists and friends found a way to interact with each other’s process while still creating individual works of art.  Their common themes along... END_OF_DOCUMENT_TOKEN_TO_BE_REPLACED 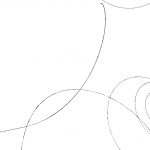 The exhibit will be on display May 31 through Aug. 16, open 8 a.m. to 4:30 p.m. Monday through Friday. On Friday May 31at noon in the Art Gallery, Adam Nadel will give a gallery talk. The opening reception will take place on Friday May 31 from 5-7 p.m. All are welcome.   Scientific exploration... END_OF_DOCUMENT_TOKEN_TO_BE_REPLACED 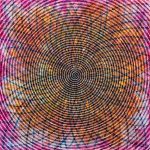 Gallery Talk - August 21 at noon  Artist Reception - August 21 5-7pm  Colloquium - October 30 4pm 1-West  view here   Ever since I can remember, curiosity has been my driving force, leading me to ask questions about everything around me. This has led to my constant exploration and experimentation of ideas and thoughts... END_OF_DOCUMENT_TOKEN_TO_BE_REPLACED 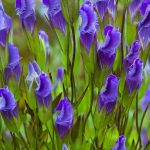 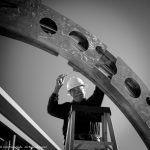 A Perplexity of Conundrums Artist Reception Friday, January 12, 2018 from 5-7 p.m. Dark Matters Sunday January 21, 2018 2:30pm Join us for “Dark Matters," a very special collaboration between Jim Jenkins, the Fermilab Artist-in-Residence and the Gallery Chamber Series to kick off the 2018 season as a Musical Celebration of Science. Purchase tickets END_OF_DOCUMENT_TOKEN_TO_BE_REPLACED 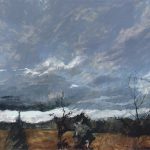 In A Passing Day: Land and Light, Ellen Holtzblatt’s art explores the connection between the physical and the spiritual – the memories of the body that reside in the soul. Her recent landscape paintings of the Midwestern prairie and the Icelandic tundra become an allegory for psyche and emotion, as she considers place and how one’s surroundings impact feelings and thoughts – seeking lands that seem beyond the control of humans. 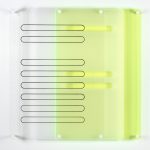 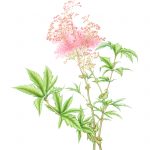 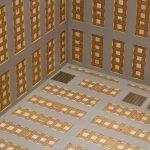 Grounded in an intuitive, meditative process, my drawing and painting are an exploration of the matter and energy that make up form; defining that energy, through shapes and patterns and the space that they inhabit is the basis for my work. 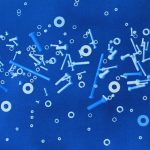 You are encouraged to submit artwork that pertains to the idea of 50 years of science and art, though other artwork will be accepted. March 1 submit intent application. March 22 drop off artwork between 8-11am. 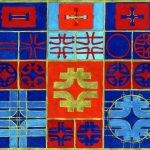 Robert Wilson handpicked Angela Gonzales in 1967 to collaborate and create a visual identity for Fermilab. Her vision was inspiring and bold. From designing book covers of scientific proceedings to posters for the arts and lecture series, she detailed her strategy. She incorporated visual objects that reflected the intellectual challenges and innovations within the laboratory. For 31 years, she worked with Fermilab and was a truly legendary artist. 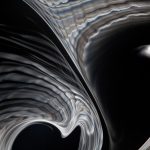 Wind Flow Photography is a collaborative effort between Shirley Nannini and Candace Wark. By combining scientific and artistic schemata, their art evolves from the novel approach of photographing wind movement to convey its essence and transient nature. The resulting images—photographed in a wind tunnel—are adapted from a technique used in scientific research and portray the interactions of wind, smoke and light. 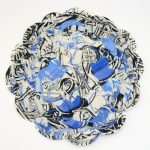 Michele Thrane
Michele Thrane's Harmonics series is about family, art, and physics. Her artwork is influenced by her son's research. A physicist, his current work involves the search for gravitational waves. As he tries to better understand the universe, she is trying to share the excitement and awe he finds in the mysteries beyond what the eye... END_OF_DOCUMENT_TOKEN_TO_BE_REPLACED

Art of Darkness - Images from the Dark Energy Survey

The universe has been expanding since the Big Bang almost 14 billion years ago. Now, the expansion of the universe is accelerating, driven by a new fundamental form of energy called dark energy. The Dark Energy Survey (DES) is a collaboration of more than 400 scientists from over 30 institutions across 7 countries. DES aims... END_OF_DOCUMENT_TOKEN_TO_BE_REPLACED 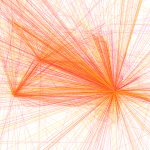 Stephen Cartwright
Artist Statement My work exists at the confluence of science and art, where hard data intersects with the intangible complexities of human experience. Some artists paint likenesses of themselves as a means of understanding who they are in a complex world—I create art derived from personally recorded data. The practice I have developed allows me... END_OF_DOCUMENT_TOKEN_TO_BE_REPLACED 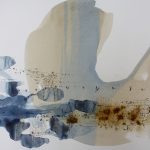 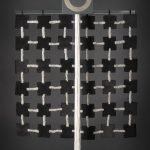 Lindsay Olson
Artist Reception - September 23 from 5-7 p.m. Gallery Talk - October 5 at noon As Fermilab’s first artist in residence, Lindsay Olson worked with scientists, members of the operations crew, and numerous staff throughout the lab to learn the basics of high energy physics. Olson was inspired to create a body of work that reflects the beauty of the research and the dedication of the women and men here at Fermilab and around the world.

Through the Lens-Images by Reidar Hahn and the Particle Physics Photowalk at Fermilab
February 9, 2011 – April 8, 2011