Scientific exploration is fascinating, as are the scientists and places where discoveries are made. As Fermilab’s 2018 Artist-in-Residence, I have endeavored to bring this remarkable world of particle physics to the general public by artistically documenting the lab’s personnel, scientific architecture, and the creative practices.

During my artistic investigation at Fermilab I employed traditional film cameras, historical documents, scientific data, and a particle accelerator. I created works on traditional silver gelatin photographic paper via negative and direct exposure to an electron beam, watercolor paper, wood, and music in transcription form. These works explore those who work at the lab and the subatomic world they are directly or indirectly engaged. The goal is to bridge art and science in celebrating one of humanity’s most extraordinary and important endeavors.

Born in 1967, Adam Nadel works at the intersections of art, journalism, science, and human rights.

Honors and awards include:  New York Foundation for the Arts Fellowship in Photography (2006, 2013), Queens Council of the Arts New Work Grant (2016, 2018), National Science Foundation funding (2012), a Magnum Foundation Emergency Grant (2013), First Prize at World Press Photo (2003, 2004), a Pulitzer Nomination; New York Times – The Face and Voice of Civilian Sacrifice in Iraq (2006), among others, and over 2 dozen exhibitions around the world in locations such as Chicago’s Field Museum, Hotel de Ville, Paris, and the UN Headquarters in NYC. 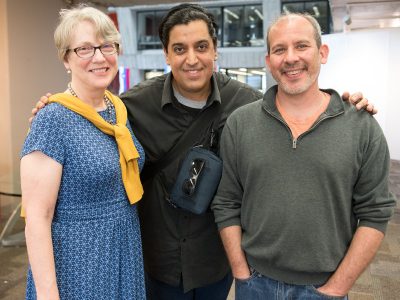 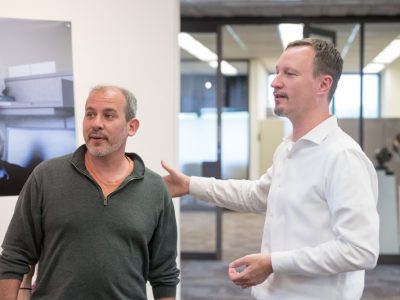 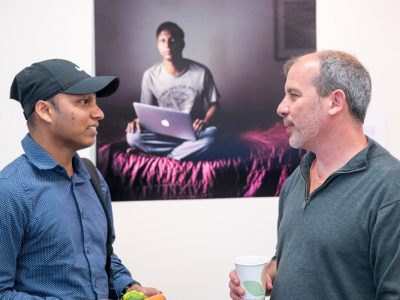