The rescheduled date will now be virtual.

Thanks for your flexibility and we apologize for the inconvenience,

Gerald Gabrielse, a member of the National Academy of Science and the American Academy of the Arts and Sciences, is a Trustees Professor at Northwestern University, and the founding director of its Center for Fundamental Physics.  His vision, techniques and measurements started low energy antiproton and antihydrogen physics at the CERN laboratory, isolating a single electron, positron, proton or antiproton by itself for months at a time.  He has made the most precise measurement of the property of an elementary particle, the electron’s magnet, to test the standard model’s most precise prediction.  His test of whether the electron charge is spherical is one of the most sensitive tests for physics that goes beyond the standard model.  For 30 years Gabrielse was the Levenson Professor of Physics at Harvard University, where he also served as the chair of its physics department.  He was awarded Harvard’s prize for the exemplary teaching of undergraduates and Harvard’s prize for exceptional research, along with major prizes from the US American Physical Society, from Germany and from Italy. *Some of this work was carried out as the Levenson Professor of Physics at Harvard University. 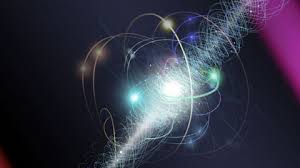