A half-century ago, the Enrico Fermi National Accelerator Laboratory began to grow on the Illinois prairie. Through the intelligence, ingenuity, and industry of many gifted people, it grew into one of the world’s great research institutions—a truly national resource for American physicists and a treasured destination for legions of international colleagues. Chris Quigg will trace the lab’s evolution from start-up to world-leading center, highlighting landmark research results while recalling iconic moments and extraordinary characters.

Chris Quigg has made his scientific home at Fermilab since 1974. He led the Theoretical Physics Department for a decade during its formative years. Quigg graduated in physics from Yale in 1966 and earned his Ph.D. at the University of California, Berkeley in 1970. His work on supercollider physics and the Higgs boson, which was recognized by the American Physical Society’s 2011 J. J. Sakurai Prize for outstanding achievement in particle theory, charted the course for exploration at Fermilab’s Tevatron and CERN’s Large Hadron Collider.

Chris Quigg lectures at summer schools and conferences around the world. He has held visiting appointments at CERN, École Normale Supérieure in Paris, Cornell University, and Princeton University, and was Erwin Schrödinger Professor at the University of Vienna. He is a Fellow of the American Association for the Advancement of Science and of the American Physical Society, and received the Alexander von Humboldt Senior Scientist Award. “Fermilab’s Greatest Hits” marks Chris’s fifth appearance in the Auditorium Lecture Series. 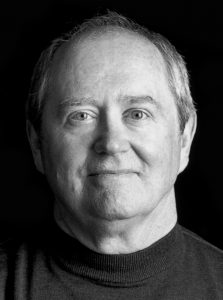