Biological control is a common practice to reduce invasive species—but can we direct human appetites to control exotic species? There are plenty of examples in nature—from wolves to weed-eating moths—where predators help keep their prey in check. Consider our track record: humans managed to dispatch all 5 billion passenger pigeons—many of them smoked, stewed, fried, or baked in pot pies—by 1914. So why not put our destructive streak to good use for a change?

For the past decade, Joe Roman has been editing Eat the Invaders! a website promoting the control of invasives one bite at a time.  Roman will discuss examples of gateway invasives, species such as lionfish and exotic carp, that have been at the forefront of the invasivore movement and present evidence that such efforts can help native biodiversity. He’ll also share some recipes.

Joe Roman is a conservation biologist and writer at the University of Vermont. His research, focusing on endangered species conservation, invasive species, and marine ecology, has appeared in Science, Proceedings of the National Academy of Science, and many other journals. He has receivedFulbright Fellowships in Brazil and Iceland and visiting fellowships at Harvard University and the Duke University Marine Lab, among other awards.

Joe is editor ’n’ chef of eattheinvaders.org. He is also the author of Listed: Dispatches from America’s Endangered Species Act, winner of the 2012 Rachel Carson Environment Book Award, and Whale. He has written for the New York Times, Audubon, New Scientist, Slate, and other publications. You can read his work at joeroman.com.

He received his Ph.D. from Harvard University in 2003 in Organismic and Evolutionary Biology and his Master’s degree in Wildlife Ecology and Conservation from the University of Florida. Born and raised in New York, Joe considers King Kong as an early conservation influence. 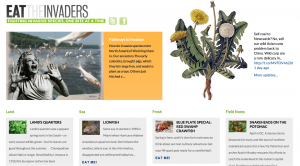 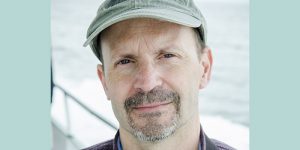