The deep-sea is the largest ecosystem on our planet and the least explored.  It is a world without sunlight, but not without light.   Dr. Widder will describe recent insights into the part living light plays in the deep sea and some of its applications and impacts in hunting cancer, pollution, giant squid and neutrinos.

Dr. Edie Widder is a MacArthur fellow and a deep-sea explorer. Her research involving submersibles has been featured in BBC, PBS, Discovery Channel, and National Geographic television productions. She is best known for capturing what has been called the holy grail of natural history cinematography, the first video of the giant squid filmed in the deep sea.  She is a gifted speaker who has done 3 TED talks with more than 5 million views.  She is also a committed ocean conservationist and the founder and CEO of the Ocean Research & Conservation Association (ORCA). 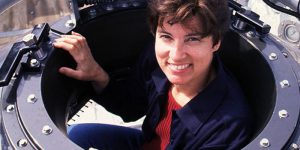