The Micky Dolenz concert has been rescheduled for August 29, 2020.  Your tickets in hand will remain good for this concert.

It wasn’t a daydream, and you can believe it. International superstar Micky Dolenz, best known as a member of The Monkees, visited Fermilab during the height of Monkee Mania and shot home movies of the lab. A lifetime fan of particle physics he returned for a visit in 2017 and spent hours deep into the science.  Micky’s home movies, shot long ago, by a Monkee taking a break from touring, will be shared during his performance, heading up a four piece band.

In the fall of 1965, Micky Dolenz was one of 400 applicants who responded to a trade ad that announced auditions for a new TV show about a rock band. He auditioned for The Monkees’ TV show by playing and singing Chuck Berry’s legendary rocker “Johnny B. Goode,” and wound up chosen for the show along with three other actors: Davy Jones, Michael Nesmith, and Peter Tork.

Micky and his fellow “TV bandmates” actually went on to become a real live rock band that first toured North America from late December 1966 to May 1967, and then began a US / UK summer 1967 tour that featured (at Micky’s invite, following the Monterey Pop Festival) none other than guitar legend Jimi Hendrix as the opening act for the first few dates.

Since that time Micky has had a busy as an actor on radio, in a London production of Hairspray, and TV,  as an author, and continues to make new music.

A huge science fan, Micky visited an exciting new laboratory site, known as National Accelerator Laboratory (now Fermilab) at the height of Monkee Mania and shot home movies of his visit.  He’ll be sharing recollections of his visit along with some of these films during his performance at Fermilab. 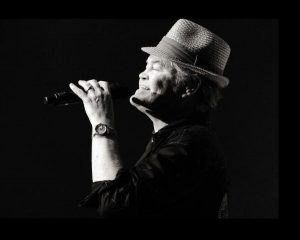